In mid-to-late winter in Iowa City, bald eagles tend to hang out around the banks of the Iowa River. It’s a very specific window of time that (though I’m no scientist) seems to occur when it’s been cold enough for the river to start to freeze or just warming up enough that the river’s started to thaw.

I’ve tried before to get some photos but haven’t spent much time in the right light until now. 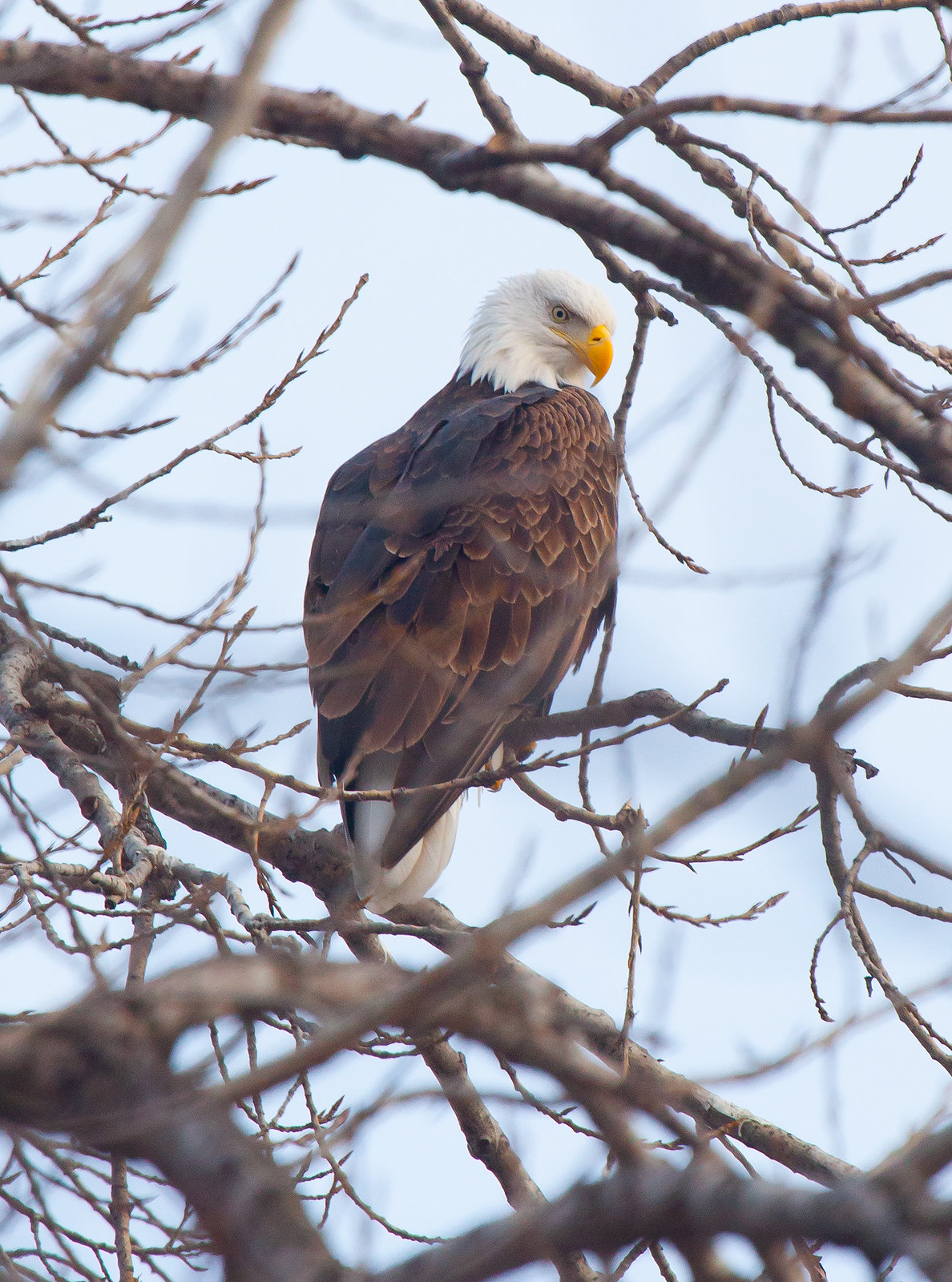 I remember after second grade my family took a trip out west and my dad warned us we might see a bald eagle. My dad had a new 300mm zoom lens and I think was just dying for an excuse to use it. We were driving on a reservation back highway, and we came up to a post with this big puffed shape on it. My dad screamed, “There’s an eagle! There’s an eagle!” My mom slowed wayyy down and we crept closer and closer and closer. Each time she’d roll a little more my dad would advance the film and take a picture. Being pre-digital, he couldn’t check the back and zoom in to confirm he got the shot. If he could have, he would have discovered sooner what we learned as we came up right along side the post: It was a traffic sign.

Most of the year or in other places, if you saw a bald eagle, it’d be a big deal. But in Iowa City if you stay on the eagles’ schedule, the river starts to get lousy with them. It almost has an infestation vibe, except it’s the Most American Infestation Ever.